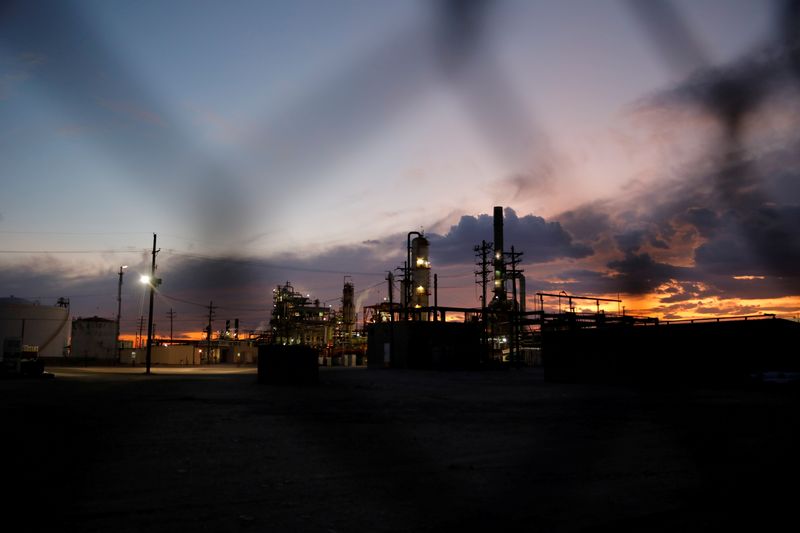 © Reuters. FILE PHOTO: A general view of a refinery in Hobbs

Buyers using other currencies pay less for dollar-denominated oil when the greenback weakens.

"U.S. dollar weakness continues to offer support to the commodities complex ... despite concerns over oil demand in certain regions," ING Economics said in a note.

The dollar index slumped to a six-week low against other major currencies on Monday following a plunge in U.S. Treasury yields last week and remained near the low at 91.055 on Tuesday.

The poll was conducted ahead of reports from industry group American Petroleum Institute (API) due on Tuesday and the Energy Information Administration (EIA), the statistical arm of the U.S. Department of Energy, on Wednesday.

Libya's National Oil Corp (NOC) declared force majeure on Monday on exports from the port of Hariga and said it could extend the measure to other facilities because of a budget dispute with the country's central bank.

The disruption could cut Libya's oil output by 280,000 barrels per day (bpd), knocking production below 1 million bpd for the first time since October, ING said.

However, surging COVID-19 cases in India, the world's third-biggest oil importer and consumer, dampened optimism for a sustained recovery in global fuel demand.