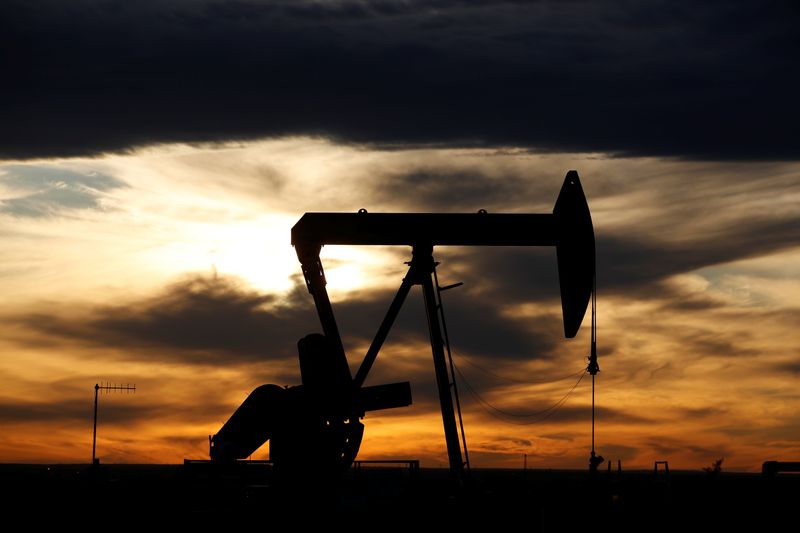 © Reuters. The sun sets behind a crude oil pump jack on a drill pad in the Permian Basin in Loving County

Oil prices slid for a second straight session on Monday as coronavirus cases rose in the United States and other places, leading some countries to resume partial lockdowns that could hurt fuel demand.

However, global coronavirus cases exceeded 10 million on Sunday as India and Brazil battled outbreaks of over 10,000 cases daily. New outbreaks are reported in countries including China, New Zealand and Australia, prompting governments to impose restrictions again.

"The second wave contagion is alive and well," Howie Lee, an economist at Singapore's OCBC bank, said. "That is capping the bullish sentiment that we've seen in the last six to eight weeks."

Despite efforts by OPEC+ - the Organization of the Petroleum Exporting Countries (OPEC) and allies including Russia - to reduce supplies, crude inventories in the United States, the world's largest oil producer and consumer, have hit all-time highs. [EIA/S]

"There is also a risk that gains in prices recently could see some U.S. shale producers restart wells," ANZ analysts said.

Even as the number of operating oil and natural gas rigs dropped to a record low last week, higher oil prices are prompting some producers to resume drilling.

"In the next one-two weeks, we should see an uptick in rig count commensurate with the pick-up in oil production," OCBC's Lee said.

Elsewhere, U.S. shale oil pioneer Chesapeake Energy Corp (N:CHK) filed for bankruptcy protection on Sunday as it bowed to heavy debts and the impact of coronavirus outbreak on energy markets.

The Brent crude price is supported at $39.80 a barrel while WTI's support level is at $37, OANDA senior market analyst Jeffrey Halley said, referring to technical charts.

"A daily close below these points will signal that a much deeper correction is upon oil markets," he said, adding that a deteriorating COVID-19 picture in the United States would be the most likely driver of lower prices.